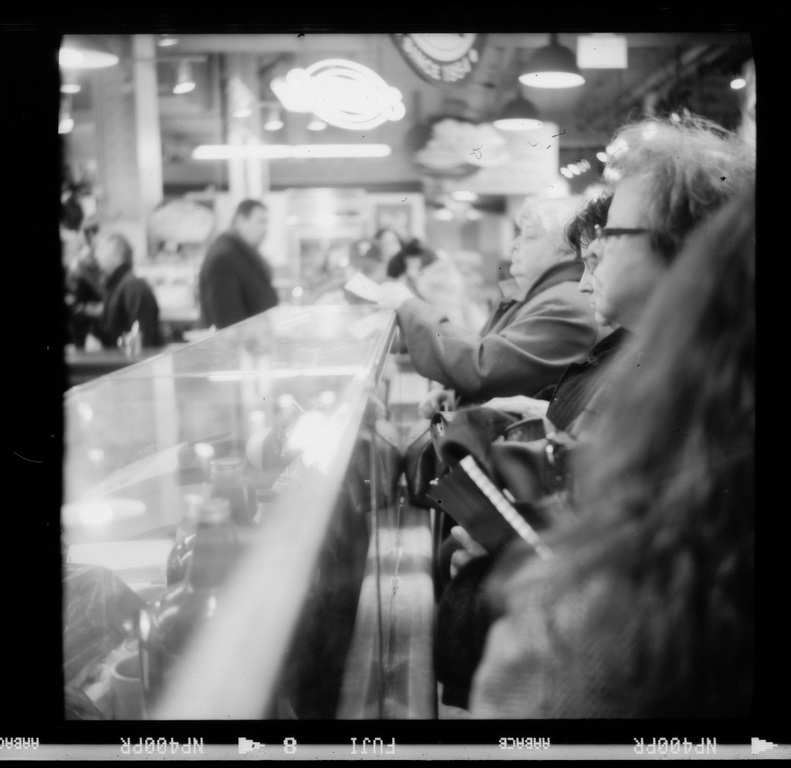 I’ve got a few things that need addressing – like the dust on this scan, and apparently focus is important – but the Bessa 66 is functional!

This test shot was from Reading Terminal Market, in front of DiNic’s last Friday. Not too shabby for a 1938-era camera.

I dropped off two more rolls today (this is Neopan 400; I also shot some Ilford HP5) and we’ll see if I improved any over the weekend.

Some of the technical blunders I ran in to on this roll:

Miraculously, over- and under- exposure weren’t nearly as much of a problem as I thought they would be. I metered the first roll with an actual light meter and my 5D. The next two were done by the Sunny 16 rule (i.e. guesstimating). We’ll see how well I did when I get them back tomorrow…

So I think this camera’s a keeper. I’ll be replacing its yellow filter, and sending it off for a CLA and bellows replacement. As soon as I’m done shooting “test” rolls. 😉