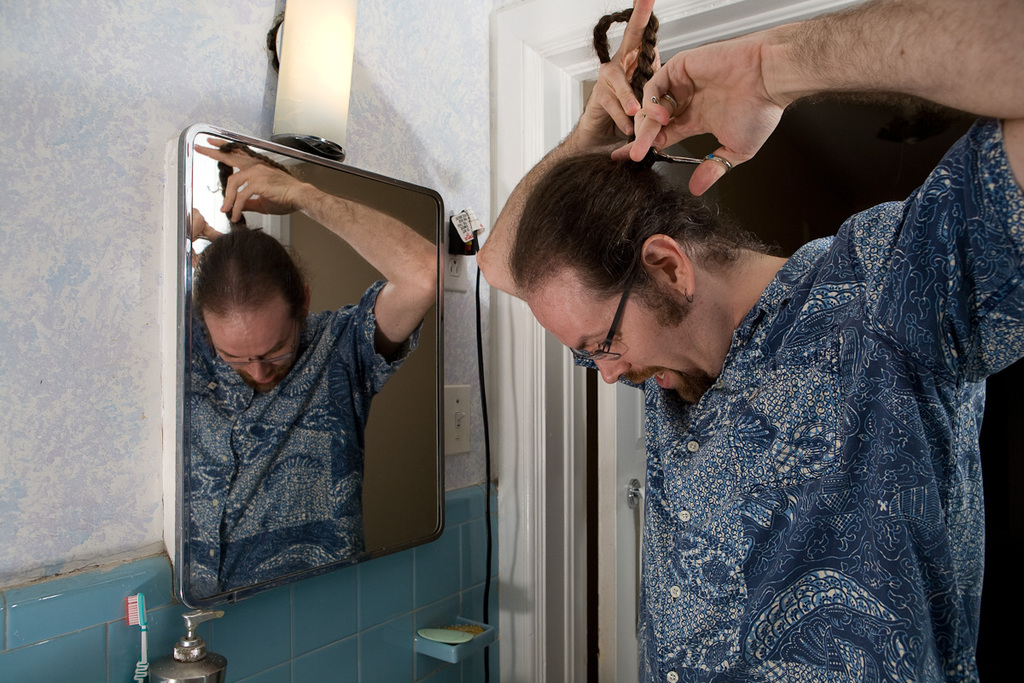 As I’ve approached 40, I’ve found that my hairline is receeding faster than I like. Every morning I’m confronted with more of the top of my head. I decided that when I turned 40, it would be time to give it the big snip.

This was that very moment, when I plowed a pair of barber’s shears through the thick wad of hair still back there.

After this came another 40 minutes or so of slowly shaving it all off. Go bald guys! Yay!

And for some more pictures of the event, I’ve attached them below.

One thought on “The Big Snip”